Breakthrough with the Free Energy Love Machine, past and present reflections on internalised homophobia

How intuition is a fascinating thing - in what exquisite ways the mind works, I've had a breakthrough.

When I first developed my project, I was fortunate enough to have the assistance of Dr Loy Litchenstein. He was interested in my work and was generous with his help.

One of the things he mentioned was that my animated machine, which I had presently called the 'Free Energy Love Machine', was relatable in some way to my sexuality.

I knew there was a link but until now have been unaware of it.

I think I have somewhat cracked that nut today.

In essence, the machine depends on the repelling of magnets. See this following image that sparked this idea. Taken as a sexual gesture, we look at the internalised homophobic 'repelling' of two similar energies. In essence, I had envisaged a machine that was operating under a constant flow of repelling, you could almost say a neurosis of not accepting who I was.

I feel like I have just reached some personal renaissance into a new area in realising this.

The letter from when I was 15 suggests homosexuality whilst still not describing it. In the letter I say:

'I want you to read this to your wife or best buddy. If you're laughing, best wife or buddy, or

rather, best buddy or wife, I give permission for RICHARD WILLIAM MCLEAN to either
bash you, or hmmm...'

I'm obviously referring to the idea, although not explicitly, that I could end up with a male or female partner. Why was it I seemed to know myself so much better when I was fifteen?

All these ideas with magnets stemmed from that time.

When I look at it now, and have become more educated on homosexuality, I envisage that this active device works under the power of the natural universe, the sun, and reflect on homosexuality as not being un-natural, but as part of the human condition.

In effect, metaphorically describing the constant presence of the homosexual embrace throughout history, under the sun, entirely natural, and in retrospect, my mind was duplicating the neurosis I had with accepting homosexuality. In the present tense, I see it as a celebration of movement and energy.

How wonderful if the idea actually works! 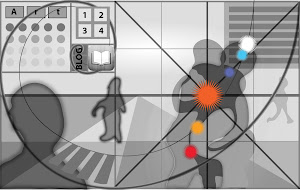